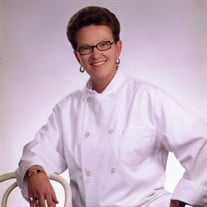 Adrienne Louise Berger was born October 1, 1951 in Auburn, Nebraska. She was one of seven children of Edwin Casper and Alberta June (Hector) Berger. Adrienne attended Forest Grove District 19 School through 4th Grade, transferred to Calvert Elementary in Auburn, and graduated from Auburn High School in 1969. She went on to Midland Lutheran College in Fremont, Nebraska, graduating in 1973 with a Bachelor of Science Degree in Education, majoring in World History and Physical Education. Adrienne started working at Andy’s Restaurant in Fremont while she was in college. Except for a short time as a “Dorm Mother” at Peru State College, she continued working at Andy’s for the next 40 years. During her time at the restaurant she performed virtually every job available, retiring as manager of Andy’s when it closed in August of 2014. She was known by many who worked at or frequented the restaurant as “The Boss”. An avid volunteer, Adrienne was very involved in the Fremont Community Thanksgiving, which fed many hungry mouths for the holiday. She was still a member of St. Paul Lutheran Church in Auburn, where she had been baptized and confirmed as an infant and young girl. She was a big Husker football and volleyball fan and enjoyed going to the “Y” or riding her bike around town. After receiving a diagnosis of cancer in early 2018, Adrienne began a battle against the disease. The cancer grew stronger quickly, and she chose to remain at her home in Fremont. With the help of her family and professionals in the health field, she did stay at her home through it all. On Monday, August 20, 2018, with family around her, Adrienne passed away at home at the age of 66 years, 10 months, and 19 days. Her parents and grandparents preceded her in death. Those left to celebrate Adrienne’s life and the memories they have include her sisters and brothers-in-law Catherine Berger of Beatrice, Linda Blumenthal of Omaha, Janet and Tom Osborne of Auburn, Chris and Phil Allgood of Peru; brothers and sisters-in-law Gregory and Kim Berger of Ralston, Paul and Renee Berger of Elkhorn; 20 nieces, nephews, great-nieces and -nephews that were dear to her heart; cousins, other relatives and many friends. A funeral service will be Saturday, August 25, 11:00 a.m. at Hemmingsen Funeral Home in Auburn. Burial will follow in St. Paul Lutheran Cemetery at Auburn. Visitation will be at the funeral home Friday 9:00 a.m. to 8:00 p.m., with family greeting friends 5:00 to 7:00. Memorials suggested to Fremont Area Community Foundation on behalf of Fremont Community Thanksgiving or Fremont Heath-VNA Hospice Care. To view the service live click on this link: https://livestream.com/accounts/13846112/events/8343138

The family of Adrienne Berger created this Life Tributes page to make it easy to share your memories.

Send flowers to the Berger family.