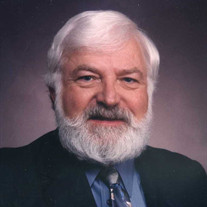 Arthur Bryan Chapin, Jr., son of Arthur Bryan and Anna Marie (Pointer) Chapin, was born October 19, 1934 in Omaha, Nebraska. He graduated from South High School in Omaha, and later in life attended Central Baptist Seminary in Kansas City, Kansas. Art joined the U.S. Marine Corps in April of 1953. After graduation from high school, he began his training in San Diego, California. He served during the Korean War, receiving his honorable discharge as a corporal in April of 1957. At that time Art returned to Omaha. On July 7, 1962 Art was united in marriage to Arden Jean Gaer in Bellevue, Nebraska. Art had two children by a previous marriage, Kimberly and Bryan. Art and Ardie were blessed with two additional children, Gregory and Timothy. The couple’s first home was in Omaha, but in 1963 they moved to Auburn, Nebraska. In 1982 they moved to Brownville, Nebraska, where they settled in to live their lives. Art worked in Auburn for Card Adams Financial and then Magnolia Metal Corporation. As a sales engineer, Art worked for Warman International, International Crane, and Deming Pumps. He was ordained by the American Baptist Church, and served as pastor at Bethel Community Church near Auburn and Prairie Union Baptist Church near Shubert, Nebraska. Both churches grew under his leadership. Art was a man of many talents and interests, and lived his life accordingly. He was a practiced magician, and had served as president of the Omaha Magical Society. Art was a member of the Marine Corps League, as well as 40 & 8. He was also an avid hunter and fisherman. Due to his health, Art became a resident of the Good Samaritan Society-Auburn in April of 2012. He enjoyed his time there, visiting with other residents, staff, and those who came to see him. Art left his earthly world on Monday, April 21, 2014 at the age of 79 years, 6 months, and 2 days. He was preceded in death by his parents Arthur and Anna, sisters Betty Brown and Phyllis Sybrandts, son Gregory Arthur Chapin, and father-in-law Lester Gaer. Those left to remember his love, and his antics, are his wife Ardie of Brownville; children Kimberly and husband Gregory Berger of Omaha; Bryan and wife Kathy Chapin of Madison, WI; Timothy and wife Syndi Chapin of Omaha; grandchildren James Berger, Jonathan Berger, Amy Chapin and fiance Jays Perry, Jake Chapin and wife Jenah, Amanda Chapin; great-grandchildren Taya Chapin and Shaelee Chapin; mother-in-law Bernadine Gaer of Harlan, IA; other relatives and many friends.

The family of Art Chapin created this Life Tributes page to make it easy to share your memories.