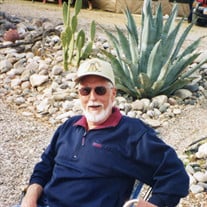 Charles Edward Justus, one of four children of William Isaac and Noami Lucille (Rush) Justus, was born January 12, 1933 in Chelsea, Oklahoma. At the age of four, Charles was adopted by his aunt and uncle Luther and Pearl Phillips. Luther and Pearl raised Charles in Nebraska City, where he attended elementary and later graduated from Nebraska City High School in 1950. After high school, Charles worked as a painter with Charlie Pell Painting in Ralston, Nebraska. After several years of painting, Charles joined the United States Air Force on March 5, 1953. He was honorably discharged from the Air Force on March 4, 1957, and began working again as a painter, now for the Red Joiner Painting Company. Charles’s work as a painter landed him in Chillicothe, Missouri, painting an office building where he would meet his future wife, Charlotte Sue McVey. On March 22, 1958, Charles was united in marriage to Charlotte Sue McVey in Chillicothe. The couple would be blessed with two children: Steve and Carla. They made their first home in Fairbury, Nebraska, but soon moved to Beatrice, and on August 10, 1973 they moved to Auburn, Nebraska. Charles began working for the State of Nebraska Department of Roads on November 12, 1957. Charles started in the engineering and surveying department, but would become the maintenance superintendent of Southeast Nebraska while working out of Auburn before retiring after 30+ years with the Department of Roads. Charles enjoyed camping, traveling, and boating, even though he was rarely allowed to drive the boat. What Charles enjoyed the most, was being surrounded by his family. After retirement, he and Sue became “Snow Birds”, spending their winters in Parker, Arizona. He was a member of the Auburn Eagles F.O.E. 3767 and American Legion Post #23 of Auburn. After a decline in health and a short stay in the hospital, Charles moved in with his daughter Carla near Hickman, Nebraska. It was there that he passed away on August 7, 2017, having reached the age of 84 years, 6 months, and 26 days. He was preceded in death by his birth parents William and Noami Justus, adopted parents Luther and Pearl Phillips, wife Charlotte Sue, sister Louise, brother Clifton, and daughter-in-law Leslie Justus. Charles is survived by his son Steve Justus and Geniene Webber of Auburn; daughter Carla and husband Kurt Frye of Hickman; grandchildren and spouses Vanessa May, Blake Justus, Jessica and Gary Nerison, Jarrod and Amanda Justus, Ethan Justus, Nicole and Kacey Shane, Nathan Frye; 9 great-grandchildren; sister Margie Goldesberry of Claremore, OK; other relatives and friends. Online viewing of Charles's service will be available via Livestream at: https://livestream.com/accounts/13846112/events/7645605 Memorials are suggested to family choice.

Charles Edward Justus, one of four children of William Isaac and Noami Lucille (Rush) Justus, was born January 12, 1933 in Chelsea, Oklahoma. At the age of four, Charles was adopted by his aunt and uncle Luther and Pearl Phillips. Luther... View Obituary & Service Information

The family of Charles Edward Justus created this Life Tributes page to make it easy to share your memories.

Charles Edward Justus, one of four children of William Isaac...

Send flowers to the Justus family.