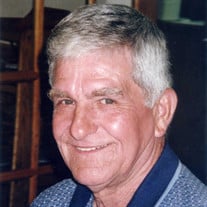 Clarence Neil Jeanneret, youngest of 12 children of Paul Jeanneret, Sr. and Millie Marchand Jeanneret, was born December 21, 1947 in Auburn, Nebraska. His mother died before he was one and his father died when he was 13, so Clarence’s brothers and sisters contributed raising him on a farm east of Brock, Nebraska. He attended school in Brock and graduated from high school in 1966. He then went on to barber school to learn the trade. On June 17, 1967 Clarence married Donna Coulter at the Auburn Christian Church. They were blessed with four children: Ann, Jeff, Mike, and Gina. The couple later divorced. After barbering for a short time Clarence went to work as a salesman at Pohlman Ford in Auburn which then became Obermeyer Ford. He worked at Tri/Pac and then Armstrong Cabinets in Auburn and worked outages at Cooper Nuclear Station at Brownville. Clarence always looked forward to the Sunday “Safety Meetings” with relatives and coffee time with his buddies at Shell in Auburn. He was a Husker sports fan, but mostly enjoyed spending time with his kids and grandkids and attending their activities. Clarence had experienced health problems in recent years and the last month of his life his health deteriorated rather quickly. He became a resident of the Colonial Acres in Humboldt, Nebraska on December 21, 2020. It was there he passed away on Wednesday, December 23, 2020 just two days after his 73rd birthday. He was preceded in death by his parents, brothers Richard, Paul, Jr., Marvin, George, and Don and his sister Norma Ossowski. Those who are left to remember Clarence’s warm smile include his children Ann and husband Rich Alden of Auburn, Jeff Jeanneret and special friend Janet Hagins of Auburn, Mike and wife Sonya Jeanneret of Minden, Gina Clark of Clay Center; grandchildren Cady Jackson, Reid (Mahlory) Alden, Quinn and Brady Jeanneret, Joshua and Shepard Jeanneret, Garrett, Payton, and Jackson Clark; great-grandchildren Carver, Raelynn, Sagan, and one on the way; sisters Rose (Roy) Edmonds of Plattsmouth, Anna Coatney of Gretna, Darlene Brown of Brock; brothers Dean (Linda) Jeanneret of Nebraska City; John (Helen) Jeanneret of Johnson; sisters-in-law Marilyn Jeanneret of Nebraska City, Yvonne Jeanneret of Auburn, Vera Jeanneret of Brock, Jan Jeanneret of Papillion, Aurora Jeanneret of Tonala Jalisco, Mexico; many nieces, nephews, other relatives and friends. A graveside memorial service and committal will be Saturday, January 9, 2021, 2:00 p.m. at Lafayette Cemetery near Brock. There will be no visitation. Memorials are suggested to Auburn Fire and Rescue or Brock Fire Department.

Clarence Neil Jeanneret, youngest of 12 children of Paul Jeanneret, Sr. and Millie Marchand Jeanneret, was born December 21, 1947 in Auburn, Nebraska. His mother died before he was one and his father died when he was 13, so Clarence&#8217;s... View Obituary & Service Information

The family of Clarence N. Jeanneret created this Life Tributes page to make it easy to share your memories.

Send flowers to the Jeanneret family.