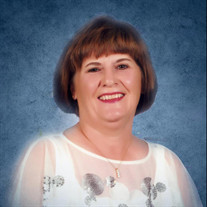 Connie Rae Kelsay, one of five children and the only daughter of Tennyson Earl and Fern Irene (Maxwell) Kelsay, was born October 2, 1947 in Sabetha, Kansas. She grew up in southeast Nebraska and attended school in Dawson through 9th grade and graduated from Stella High School in 1965. After high school Connie started in the business world as a stenographer at Security Mutual Life Insurance Company in Lincoln, Nebraska. She left that job in 1967. Connie married Larry Goings on January 15, 1967 in Stella, Nebraska. They were blessed with two children, Carrie and Cory. After ten years together the couple divorced in 1977. Connie returned to the workforce in January 1969, beginning a 20-year career at Cooper Nuclear Station at Brownville, Nebraska as a Departmental Assistant. In June 1975 she became the Station Administrative Assistant and served in that position for several CNS Administrators until July 1983. At that time Connie was promoted to Regulatory Compliance Specialist, remaining in that position until taking on the task of Emergency Preparedness Specialist in September 1987. She would leave Cooper Nuclear Station in October 1989. While working at Cooper, Connie continued her education taking night classes at Peru State College. She graduated in 1986 earning a Bachelor of Science Degree with Distinction in Accounting and Business Administration. During her time at Cooper Nuclear Station Connie met James Merrill at the plant. They were united in marriage on March 28, 1987 in Auburn, Nebraska. In 1989 they chose to make their home in Texas. Connie went right back to work in Texas as Project Manager and Tech Writer with Robert J. Meyers & Associates in Houston from February 1990 to January 1992. From there she started as Project Manager with The McCloskey Group based in Santa Barbara, California until August 1993. In September 2003 until 2004 Connie was an Independent Contract Consultant for oil spill response in the industry. Connie was a member since 1973 of the Humboldt American Legion Auxiliary and in 1984 joined the Auburn Eagles Auxiliary 3767. She took up the game of golf and quickly became a big fan, playing as often as she could. Through all her business and other interests Connie always kept family as her top priority and loved her time spent with them in person or from afar. Due to health concerns Connie was admitted to Baylor Scott & White Health Center in Temple, Texas. It was there she passed away on Thursday, November 5, 2020 at the age of 73 years, 1 month, and 3 days. Her parents and brother Marty preceded her in death. Connie is remembered with love by her husband Jim; daughter and son-in-law Carrie and Gary Snyder of Lincoln; son and daughter-in-law Cory and Roxy Goings of Eagle; grandchildren Jake Snyder and his significant other Brittany Son, Megan Snyder, and Jorie, Jensen, and Grayson Goings; step-grandchildren Terry Snyder and Chad Snyder and his wife Stacey; step-great-grandchildren Colby and Easton Snyder; brothers Dan Kelsay of Raymond; Steve (Jackie) Kelsay of Auburn; James (Shirley) Kelsay of Falls City; sister-in-law Dot Kelsay of Stella; nieces, nephews, other relatives and friends. A funeral service will be Saturday, November 14, 10:00 a.m. at Hemmingsen Funeral Home in Auburn. Visitation will be at the funeral home Friday 9:00 a.m. to 8:00 p.m., with family greeting friends 6:00 to 8:00. Connie’s body will be cremated following the service and burial of ashes will be on a later date at Heim Cemetery at Dawson. Watch funeral service via Livestream at: https://livestream.com/accounts/13846112/events/9396068 Memorials are suggested to the Gary Sinise Foundation or The Fisher House.

Connie Rae Kelsay, one of five children and the only daughter of Tennyson Earl and Fern Irene (Maxwell) Kelsay, was born October 2, 1947 in Sabetha, Kansas. She grew up in southeast Nebraska and attended school in Dawson through 9th grade... View Obituary & Service Information

The family of Connie R. (Kelsay) Merrill created this Life Tributes page to make it easy to share your memories.

Connie Rae Kelsay, one of five children and the only daughter...