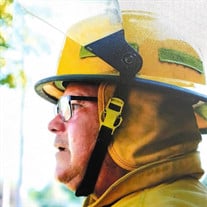 On March 10, 1960, a blizzard blew into Auburn, dropping heavy snow, blowing gusty winds and stopping all travel. During that storm, a bouncing baby boy made his way into the arms of his parents, Neal and Annie Thomas. Little Dale Robert... View Obituary & Service Information

The family of Dale Thomas created this Life Tributes page to make it easy to share your memories.

Send flowers to the Thomas family.