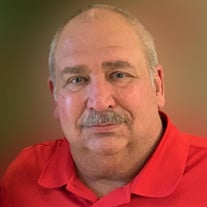 My Wife, Chris, and I were talking about being near the end and how maybe I should write my own obituary. People wouldn’t feel as though they had to make up something nice. Also, how often do you get the chance to write your own obituary. I did have to promise no cussing or married jokes. I was born in Council Bluffs, Iowa on Columbus Day 1953 to the loving family of Les and Kate Sealock. I was the third of 9 children. There was Bob, Mary (my buddy), me, Mike, Pat, Doug, Annette, Kathy, and Charlie. Did I mention the loving family part? Being from a large family, I searched until I could find a woman that could appreciate a large family. My wife Chris was an only child from Winter Haven, Fla. I may not have warned her sufficiently on two minor items ­- noise and snow. I believe she has forgiven me for the noise, but I am still unsure about being forgiven for the snow. We were married in Florida, of course, on a Friday the 13th - the luckiest day of my life. We celebrated 46 years of marriage. To keep from going deaf, we decided to just have three children. Jason, our oldest was born in Florida, Amie, the older daughter was born in Hawaii, and Carrie the youngest was born in New York. We got around when we were young. Nothing like the Navy. I do love my children! From our three children we were blessed with 5 grandchildren, Becca, Noah, Jett, Jada, and Natalie. Two are in Arkansas, one in Kentucky, one in Nebraska, and now Noah is in the Army in Germany. If I could have changed things, I would have loved for all of us to be closer together. If I could have picked my in-laws, I would pick the ones I have been given. My brothers, sisters, and children seemed to pick wisely. A truly supportive family can’t be beat. They would do anything for me and they know we would do anything for them. Even though I enjoyed the TV show growing up, I would never have thought I would take “Voyages to the Bottom of the Sea” so seriously. Few people would have pictured me operating nuclear power for the US Navy or getting licenses to operate commercial nuclear reactors here on dry land. I do take pride in going from an old “Seadog” the sailor to a manager of a nuclear power plant. I couldn’t have accomplished so much without the love of my life beside me. During my Navy years, I served aboard the USS Sperry (AS-12), the USS Scamp (SSN 588), the USS San Francisco (SSN 711). I served during the Vietnam War period, but our fast attack submarines were used more for the Cold War we were having at the time with the Soviet Union. I did spend time teaching the new sailors how to operate the naval reactors at the Navy prototypes in Saratoga Springs, NY. I also was on the commissioning crew for the USS San Francisco. What a thrill we had building, training and riding on the top of the submarine down the ramp into the river when it hit the water for the first time ever. I worked and received Senior Reactor Operating Licenses at Arkansas Nuclear One in Russellville, Ark. I worked up from the Control Room to Operations and Simulator Training Supervisor. I worked at Crystal River Unit 3 in Crystal River, Fla., Indian Point Units 2 & 3. I eventually came home to Cooper Nuclear Station outside Brownville, Neb. Many obituaries mention who the individual is survived by. I believe they know who they are. I had a great life. I experienced what God had planned for me. I am a true believer. From the days of being an altar boy at Holy Family Church until the end, I believe he watched over me. I might have made it a little challenging at times. I have no complaints. I don’t want to be laid to rest. I want to be thrown into the wind or dumped into one of the bodies of water I spent thousands of hours in. Let the record show, I made it through this obituary without a married joke or a cuss word.

My Wife, Chris, and I were talking about being near the end and how maybe I should write my own obituary. People wouldn&#8217;t feel as though they had to make up something nice. Also, how often do you get the chance to write your own obituary.... View Obituary & Service Information

The family of Daniel Richard Sealock created this Life Tributes page to make it easy to share your memories.

My Wife, Chris, and I were talking about being near the end and...

Send flowers to the Sealock family.