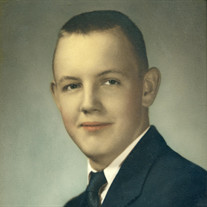 Donald Charles Wright, one of two sons of Charles and Mary Lucille (Chamberlain) Wright, was born June 29, 1942 in Auburn, Nebraska. He attended country school near his home and then the Brownville Public School before going to school in Nemaha, where he graduated from high school in 1960. In September of 1960, Don joined the United States Air Force. He served as an engine mechanic and received his discharge from Travis Air Force Base in November of 1962. On July 6, 1963 Don was united in marriage to Bonnie Severs in Humboldt, Nebraska. They lived in Nebraska City and Tecumseh before moving to Auburn, Nebraska. The couple lived in Auburn for 41 years together, 35 of those in the house they originally moved into. Don worked in law enforcement for 22 years. Most of that time was with the Nemaha County Sheriff’s Department, but he also was on the Johnson County force for a while. Don served for many years as a volunteer with the Auburn Rescue Squad and the Auburn Volunteer Fire Department. He was an avid hunter and fisherman when his health allowed him to do either. After about six weeks of health problems when he was in the Nebraska Medical Center and Madonna Rehabilitation Center in Lincoln, Don entered Bryan West Medical Center in Lincoln in mid-October. It was there he passed away, with family around him, on Friday, October 14, 2016. He had reached the age of 74 years, 3 months, and 15 days. Don was preceded in death by his parents Charles and Lucille, father-and mother-in-law Gerald and Fern Severs, six infant sons, sister-in-law Sue Severs, brother-in-law Bob McConnell, and great-nephew Zaine Severs. Don is survived by his wife Bonnie of Auburn; brother Harold of Adams; sisters-in-law Kathy McConnell of Brock; Linda Gray of Auburn; brothers-in-law Gerald (Cindy) Severs of Humboldt; John Severs of Auburn; aunt Frances Isaac of Lincoln; numerous nieces and nephews, other relatives, and friends. A funeral service will be Wednesday, October 19, 2:00 p.m. at Hemmingsen Funeral Home in Auburn. Burial will follow at Walnut Grove Cemetery in Brownville. Visitation will be at the funeral home Tuesday 9:00 a.m. to 8:00 p.m., with family greeting friends 6:00 to 7:00. Memorials are suggested to family choice. Watch Don's funeral via Livestream at: https://livestream.com/accounts/13846112/events/6519446

Donald Charles Wright, one of two sons of Charles and Mary Lucille (Chamberlain) Wright, was born June 29, 1942 in Auburn, Nebraska. He attended country school near his home and then the Brownville Public School before going to school in... View Obituary & Service Information

The family of Donald C. Wright created this Life Tributes page to make it easy to share your memories.

Donald Charles Wright, one of two sons of Charles and Mary Lucille...

Send flowers to the Wright family.