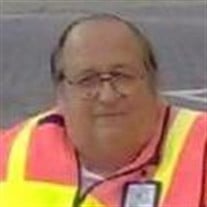 John Barton Nixon, oldest of two children of Church Howe and Helen Maxine (Wheeler) Nixon, was born December 30, 1945, in Auburn, Nebraska. He attended school in Auburn, where he graduated from high school in 1964. John then went on to attend business school in Omaha, Nebraska. On December 30, 1966, John married Suzanne Swanson at Mount Calvary Lutheran Church in Omaha. Three daughters: Jill, Tara, and Cindi, were born to this union. The couple later divorced. John worked for many years in the printing department of two different architectural firms in Omaha. He first worked for HDR, and later with Gibbs & Hill. John retired in 1988 after suffering a heart attack. At one time he also owned and operated a two way radio sales and service business and a paper recycling business. John was very active in the Dodge County REACT organization in Fremont and with Heartland REACT in Omaha. He was a member for over 30 years, and had served as state president. He had many other interests, including working with leather and selling his products at craft fairs, ham radios, traveling, and the Huskers. In his earlier years, Boy Scouting was an important part of John’s life. As a young Scout he attended Jamborees in Colorado and Wyoming, and became an Eagle Scout. He served as a Scoutmaster later in life. John had also been named King of the March of Dimes, and was a member of First Presbyterian Church in Auburn. While having trouble with his heart, John was taken to Immanuel Medical Center in Omaha. He passed away there on Friday, January 20, 2017, at the age of 71 years and 21 days. John was preceded in death by his parents Church and Helen. Those left to remember John’s life with special memories include his daughters and sons-in-law (and their children) Jill and Timothy Thompson of Irving, TX (Raina, Andria, and Gabrielle); Tara and Mark Holmes of Omaha (Matthew Jennings, Damion Holmes, Allie Richards); Cindi and Charles LaFournaise of Omaha (Michael LaFournaise); 3 great-grandchildren; sister and brother-in-law Janet and Bruce Kirkendall of Auburn; niece Kari Anne (James) Nickman, their children Emma and Logan; nephew Kody (Christen) Kirkendall, their children Harper and Rex; special friends Marilyn McGuire and Kim Johnson, both of Omaha; other relatives and friends. Memorials are suggested to American Heart Association, American Diabetes Association, or March of Dimes.

John Barton Nixon, oldest of two children of Church Howe and Helen Maxine (Wheeler) Nixon, was born December 30, 1945, in Auburn, Nebraska. He attended school in Auburn, where he graduated from high school in 1964. John then went on to... View Obituary & Service Information

The family of John B. Nixon created this Life Tributes page to make it easy to share your memories.

Send flowers to the Nixon family.