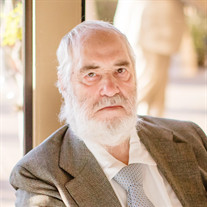 Kenneth Ray Jenkins, one of four sons of Riley and Doris (Edwards) Jenkins, was born May 24, 1939, at Auburn, Nebraska. Ken attended school at Auburn thru junior high, and then at Tecumseh thru the 11th grade. Ken later earned his GED while in Lincoln. Ken was united in marriage several times throughout his life. He was married to Ruby Meyers, but later divorced. He then married Ronnita Warman and would be blessed with a son, Scott and daughter, Jennifer. After Ronnita’s passing, Ken was married to Betty Seimers who also passed away. In 1992, Ken was united in marriage to Elizabeth Kinnett and would welcome her sons, William, Robert, and Thomas, into his family. Ken began working at the Ocoma Chicken Processing Plant in Nebraska City. He then worked at Trinity Industry in Lincoln and on power lines in Omaha before returning to Auburn. Back in Auburn, Ken worked at Magnolia Metal operating a carbide saw, a position he held 32 years before retiring. In his earlier years, Ken enjoyed hunting and fishing. He has always been a “scrapper”, stripping down old televisions and appliances. Ken raised vegetables in his garden and was a fan of watching country western shows. After a decline in heath, Ken was admitted to Bryan Medical Center West in Lincoln. It is there that he passed away on Thursday, March 24, 2022, having reached the age of 82 years and 10 months. He was preceded in death by his parents, infant daughter Jennifer, brothers Gary and Donald, spouses Ronnita, Betty, and Elizabeth, and step-son Thomas. Those left to mourn Ken’s passing include his son Scott Jenkins of Auburn; step-sons William Kinnett, Robert Kinnett both of Indiana; 8 grandchildren; 4 great-grandchildren; brother Robert Jenkins of California; other relatives and friends. A funeral service will be held Tuesday, March 29, 2022, 1:00 p.m. at Hemmingsen Funeral Home in Auburn. Burial will follow in Sheridan Cemetery at Auburn. Visitation with family greeting friends will take place from 11:00 a.m. to 1:00 p.m. at the funeral home on Tuesday. Memorials are suggested to family choice.

Kenneth Ray Jenkins, one of four sons of Riley and Doris (Edwards) Jenkins, was born May 24, 1939, at Auburn, Nebraska. Ken attended school at Auburn thru junior high, and then at Tecumseh thru the 11th grade. Ken later earned his GED while... View Obituary & Service Information

The family of Ken R. Jenkins created this Life Tributes page to make it easy to share your memories.

Kenneth Ray Jenkins, one of four sons of Riley and Doris (Edwards)...

Send flowers to the Jenkins family.