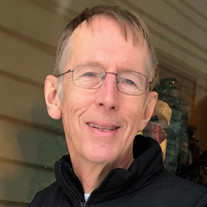 Kenneth Paul Heronimus, one of three children of Wilbur J. and Lorna (Helmers) Heronimus, was born October 27, 1949, at Waterloo, Iowa. Ken grew up and attended school at Waterloo, graduating from Waterloo High School. Ken was united in marriage to Gloria G. Hites, and would be blessed with three children: Scott, Troy, and Lisa. After Gloria’s passing, he was united in marriage to Dorrie (Friedrich) LaPlant on October 14, 2005, at the First United Methodist Church in Auburn, Nebraska by Rev. Harold Backus. Ken welcomed Dorrie’s three sons: Joe, Jason, and Jeff, as his own. While living in Auburn, Ken worked at Auburn Consolidated Industries and was the purchasing manager for the plant. While working at ACI, Ken took courses through Bellevue University and received his APEX Certification. In his spare time, Ken enjoyed fishing and wood working, he liked to travel and to play golf and had a special interest in cars. On Sunday, May 8, 2022, Ken passed away at his home outside of Auburn, having reached the age of 72 years, 6 months, and 11 days. Ken was preceded in death by his father Wilbur, and his first wife Gloria. Those left to remember his kind and gentle ways are his wife Dorrie Heronimus of Auburn; children Scott Heronimus of Plattsmouth, Troy Heronimus of Harlan, IA, Lisa Duggan of Scarborough, ME, Joe Avechuco of North Saint Paul, MN, Jason LaPlant of Nebraska City, Jeff LaPlant of Nebraska City; mother Lorna Heronimus of Waterloo, IA; sisters Peg Williams of Ashby, MN, Judy Kramer of Waterloo, IA; brothers-in-law John Friedrich of LaVista, Mark Friedrich of Prior Lake, MN, Matt Friedrich of Jordan, MN; numerous grandchildren, other relatives, and friends. A memorial service will be held Wednesday, May 11, 2022, 10:00 a.m. at First United Methodist Church in Auburn.

The family of Kenneth P. Heronimus created this Life Tributes page to make it easy to share your memories.

Kenneth Paul Heronimus, one of three children of Wilbur J. and...

Send flowers to the Heronimus family.