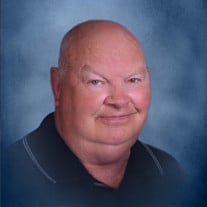 Lee Allen Gottula, son of Norman and Eloise (Plager) Gottula, was born December 30, 1943, in Elk Creek, Nebraska. He was baptized and confirmed at St. Peter’s Lutheran Church south of Tecumseh, Nebraska. Lee attended elementary school in Elk Creek, and completed 7th and 8th grades at St. Peter’s Parochial School. Lee then went back to Elk Creek to attend high school. Lee worked for many years at the Missouri Beef packing plant at Rock Port, Missouri. After it closed, he began working at Auburn Consolidated Industries in Auburn, Nebraska. ACI also ceased operations, and Lee worked part-time in the meat department at Sunmart in Auburn. He also served as custodian for 20+ years at St. Paul Lutheran Church in Auburn, where he was a member. On July 30, 1977, Lee was united in marriage to Lila (Pitts) Finke in Hebron, Nebraska. They made their home in Auburn, and made many memories together. Lee loved to fish, and hunted deer and pheasant when he was able. He very much enjoyed gardening, and was a big Husker football fan, attending many games together with Lila. On Sunday, December 10, 2017, Lee was taken to the Nemaha County Hospital in Auburn. He passed away there, the same day, at the age of 73 years, 11 months, and 10 days. His parents, son Christopher, daughter Amy, and brother-in-law Kenneth Laue preceded him in death. Lee is survived by his wife Lila of Auburn; daughter Kristina Gottula-Whited of Nebraska City; sons Kyle and wife Barb Finke of Battle Creek, Kory and wife Deanne Finke of Fort Dodge, IA; grandchildren Kasie and husband Brandon Myers, Cody Whited and fiancée Kaitlyn Ragland; Megan and husband Matt Wollum, Taylor Finke, Garrett Finke; great-grandchildren Presten, Ariana, and Bentley Myers; sister Sharon Laue of Lincoln; other relatives and friends.

The family of Lee A. Gottula created this Life Tributes page to make it easy to share your memories.

Send flowers to the Gottula family.