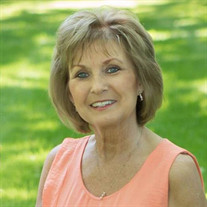 Lisa Lynn (Monroe) Hasselbring, daughter of William A. and Ella Mae (Janz) Monroe, was born October 16, 1957 in Fairbury, Nebraska. Lisa was baptized and confirmed in the United Methodist Church of Fairbury. Growing up, Lisa was a girl scout, member of the children’s church choir, enjoyed baton twirling, and babysitting. Lisa attended Fairbury Public Schools, graduating in 1976. She received an Associate’s degree from Southeast Community College in Fairbury in 1978. On September 12, 1981 Lisa was united in marriage to Max H. Hasselbring at the United Methodist Church in Fairbury. Max and Lisa moved to western Nebraska where their first daughter Kylie was born in 1986. In 1987, the couple returned to eastern Nebraska to be closer to family making their home in Johnson, where they welcomed their second daughter, Kelsey, in 1989. Lisa’s two daughters were her pride and joy. From attending every sporting event, ironing all their clothes (including their t-shirts), opening her home to all their friends, and taking the girls on many shopping trips to keep them dressed in the latest fashions, she truly did it all. Lisa was a tremendous asset to the community and touched the lives of so many. She was known for her contagious laugh, beautiful smile, and loving wink. She was forever putting others before herself and always willing to lend a helping hand. For the last 13 years, Lisa was employed at Nebraska City Chiropractic where she was known for her strong work ethic, her passion for her job, and caring about each and every patient. She was an active member of the United Methodist Church, PEO and Tecumseh Country Club. Lisa enjoyed gardening, golfing, decorating, shopping, and baking. She was a social butterfly who loved spending the weekend in Lincoln on Husker game days where she and Max were known for hosting the best tailgates for their friends. Lisa and Max loved their weekends in the Haymarket, playing shuffle board in the evenings, and spending time with their grandchildren. Lisa dearly loved her family and friends but more than anything she adored being a Mimi to Grady and Sawyer. On May 19, 2017, Lisa was diagnosed with cancer of an unknown primary. Even with a heart-breaking prognosis, Lisa stayed positive and was determined to fight with everything she had. Surrounded by her family, Lisa passed away peacefully on August 19, 2017 at the age of 59 years, 10 months, and 3 days. Lisa is preceded in death by her father, William A. Monroe; father-in-law Harry F. Hasselbring; brother-in-law Rick Ellis; nephew Mark Ellis; aunts, uncles, and cousins. Left to celebrate her life are her husband Max of Johnson, NE; daughter Kylie and fiancé Justin Hochstein of Omaha, NE; daughter Kelsey and husband Lance Gulizia of Auburn, NE; grandchildren Grady and Sawyer Gulizia; mother Ella Mae Monroe of Auburn, NE; brother Mark and Shirley Monroe of Fullerton, NE; brother Matt Monroe of Hastings, NE; mother-in-law Everna Hasselbring of Auburn, NE; sister-in-law Donna Ellis of Auburn, NE; aunts, uncles, cousins, nieces, nephews, and many friends.

Lisa Lynn (Monroe) Hasselbring, daughter of William A. and Ella Mae (Janz) Monroe, was born October 16, 1957 in Fairbury, Nebraska. Lisa was baptized and confirmed in the United Methodist Church of Fairbury. Growing up, Lisa was a girl scout,... View Obituary & Service Information

The family of Lisa Hasselbring created this Life Tributes page to make it easy to share your memories.

Lisa Lynn (Monroe) Hasselbring, daughter of William A. and Ella...

Send flowers to the Hasselbring family.