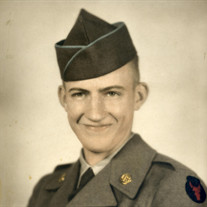 Rex Walter, one of six children of Raymond and Ethel (Sherman) Allgood, was born December 2, 1935 in Peru, Nebraska. He attended school in Peru and graduated from Peru Prep in 1953. Rex attended the Peru Baptist Church while it was open in his younger years. On June 4, 1955 Rex and Mary Lou Morgan were united in marriage in Peru. They made their home there, and would be blessed with three children: Mike, Mitch, and Peggy. Rex joined the Nebraska National Guard in 1969 and served for 23 years. He was a Medical Specialist with the Guard and retired in 1992 as a Platoon Sergeant. Growing up and living in Peru, Rex was very active in the community. He was a member of the Peru Volunteer Fire Department, serving as Chief for many years, and belonged to the Peru Kiwanis Club. He was involved with the creation of the Peru Rescue Squad and a member of it as well. Rex served as Mayor for several years and was instrumental during that time in getting Highway 67 upgraded by the State of Nebraska. Rex also was a member of American Legion Post #23 in Auburn and was very involved with Legion Baseball for many years. Rex was employed at Peru State College for 20 years and served for 19 years as Deputy Fire Marshall for the State, retiring in 1999. During his time as Fire Marshall he trained many firefighters at their local station and at the State Training Facility in Grand Island. Rex moved to Auburn in his later years and lived in the Valley View Apartments for many years. For health reasons, Rex moved to Good Samaritan Society-Auburn in April of 2016. He passed away there on Thursday, August 2, 2018 at the age of 82 years and 8 months. In addition to his parents, he was preceded in death by his wife Mary Lou and brothers Dwight, Howard, Raymond, and Monty. Rex is survived by his sons and daughters-in-law Mike and Sue Allgood of St. Joseph, MO, Mitch and Nan Allgood of Austin, TX; daughter Peggy Allgood and significant other Don Horton of Lincoln; grandchildren Shandy (Derek) Uzzle, Spencer Allgood, Meagen Allgood; great-grandchild Zavan Uzzle; sister Betty Gammel of Tekamah; sisters-in-law Judy Allgood of Omaha, Trudy Allgood of Arizona, Bev Cole of Montrose, CO; other relatives and many friends. A funeral service will be Monday, August 6, 10:30 a.m. at Hemmingsen Funeral Home in Auburn. Burial will follow in Mt. Vernon Cemetery at Peru. Visitation will be at the funeral home Sunday noon to 8:00 p.m., with family greeting friends 3:00 to 5:00. Memorials suggested to Mt. Vernon Cemetery, Peru Volunteer Fire Department, or Peru Rescue Squad.

Rex Walter, one of six children of Raymond and Ethel (Sherman) Allgood, was born December 2, 1935 in Peru, Nebraska. He attended school in Peru and graduated from Peru Prep in 1953. Rex attended the Peru Baptist Church while it was open... View Obituary & Service Information

The family of Rex Walter Allgood created this Life Tributes page to make it easy to share your memories.

Rex Walter, one of six children of Raymond and Ethel (Sherman)...

Send flowers to the Allgood family.