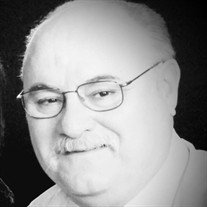 Robert Francis Fulton was born April 3, 1948 in Council Bluffs, Iowa. One of eight children of Francis and Joan (Epperson) Fulton, Bob attended school in SW Iowa, NW Missouri, and SE Nebraska as his family operated sawmills along the Missouri River. He graduated from Peru Prep in Peru, Nebraska in 1967. Bob joined the U.S. Marine Corps on January 25, 1968. He was an Artillery man in the 2nd Marine Division and served in Vietnam during the war. Bob received his Honorable Discharge at the rank of Staff Sergeant on November 9, 1970. On October 10, 1971 Bob was united in marriage to Lucresia “Lucy” Pono in Cebu, Philippines. They would make their home in Nebraska and be blessed with four children: Tony, Jeff, Justin, and Lindsey. Bob worked at the Missouri Beef Packing Plant until it closed. He then went to work for Gary Volkmer and American Lawn Care in Auburn, Nebraska. After a couple of years, Bob worked security for NPPD at the Cooper Nuclear Station at Brownville, Nebraska, where he worked until retiring in 2008. As a member of St. Joseph Catholic Church in Auburn Bob was active in Knights of Columbus Council #7021 and as a Lector. He was an NRA Life Member and enjoyed shooting and hunting. He also was an avid motorcyclist. Bob suffered from various ailments in recent years, some as a result of his service in Vietnam. On the evening of Wednesday, September 23, 2020 Bob was rushed to the Nemaha County Hospital in Auburn, where he passed away at the age of 72 years, 5 months, and 20 days. He was preceded in death by his parents Francis and Joan, parents-in-law Isidro and Soledad Pono, infant brother Tommy, sister Holly Gilliland, and sister-in-law Lana Fulton. Those who remain to remember Bob’s simple, loving ways include his wife Lucy of Auburn; sons and daughters-in-law Honorable Tony Fulton and Judy of Lincoln; Major Jeff Fulton and Sidonya of Colorado Springs, CO; Rev. Justin Fulton of Lincoln; daughter and son-in-law Lindsey and Thomas Hall of Nebraska City; grandchildren Thomas, Augustine, Bede, Bernadette, Basil, Leo, Ambrose, and Cyril Fulton; Gabriel, Michael, and Raphael Fulton; Cecilia and Juliana Hall; siblings Bill Fulton of Auburn; Julie (Rick) Fritz of Dawson; Susan Mann of Auburn; Hayley (Dave) Burton of Steamboat Springs, CO; Gene Fulton of Nebraska City; many other relatives and friends. A private family Mass of Christian Burial will be Tuesday, September 29, 2020 at St. Joseph Catholic Church in Auburn. Burial will follow in Holy Cross Cemetery south of Auburn, with graveside military honors by American Legion Post #23 and United States Marine Honors Detail. Visitation will be at the funeral home Monday 9:00 a.m. to 7:00 p.m. Family will greet friends (with masks required and social distancing encouraged) from 5:00 to 7:00. A private family Vigil service will be at 7:00 p.m. The Vigil service will be available via Livestream at: https://livestream.com/accounts/13846112/events/9324645 Memorials are suggested to the family for later designation.

The family of Robert "Bob" Fulton created this Life Tributes page to make it easy to share your memories.

Send flowers to the Fulton family.