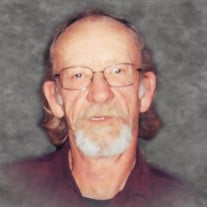 David Ross Helms, one of five sons of Howard and Audrey (McMann) Helms, was born February 1, 1950 in Auburn, Nebraska. He attended school and graduated from high school in Auburn. Ross, as he was known to most, entered the United States Army In the fall of 1968. He served during the Vietnam War, and because his blood type was so rare was stationed in Korea. Ross received his honorable discharge on November 9, 1972. On September 19, 1975 Ross was married to Deborah Ann Gaede at the Nemaha Christian Church in Nemaha, Nebraska. They made their home in Auburn and were blessed with one son, Matthew. Ross and Debbie divorced in 1996 but remained friends. After returning from service, Ross worked for Nemaha County District #2. He then worked for a construction company and helped to build the viaduct on the north side of Auburn. Ross next went to work for District #1 in Nemaha County, where he worked for 38 years until retiring in 2015. Ross loved to play pool and belonged to the Southeast Nebraska Pool League. In his younger years he played and sang in the band “The Fugitives”. In more recent times, Ross and his bulldog Jazzy were inseparable. At the end of a weekend of camping at Indian Cave State Park near Shubert, Nebraska, Ross collapsed at the Park and was rushed from there to Nemaha County Hospital in Auburn. He passed away there on Sunday, August 5, 2018 at the age of 68 years, 6 months, and 3 days. His parents, brothers Merlin and Don, and former wife Debbie Helms preceded him in death. Ross is survived by his son and daughter-in-law Matt and Sara Helms of Auburn; grandchildren Bristan Blecha and Alayna Helms; brothers and sisters-in-law Rick and Laddie Helms of Auburn; Terry and Gloria Helms of Cook; his bulldog Jazzy; many nieces and nephews, including Scott and Trish Helms of Auburn; special friend Roxanne; other relatives and many friends. A memorial service will be Thursday, August 9, 10:00 a.m. at Hemmingsen Funeral Home in Auburn. Visitation will be at the funeral home Wednesday 9:00 a.m. to 8:00 p.m., with family greeting friends 6:00 to 8:00. Burial of ashes will follow in Sheridan West Cemetery near Auburn, with graveside military honors by American Legion Post #23 of Auburn and Nebraska National Guard Honors Detail. Memorials are suggested to family choice.

David Ross Helms, one of five sons of Howard and Audrey (McMann) Helms, was born February 1, 1950 in Auburn, Nebraska. He attended school and graduated from high school in Auburn. Ross, as he was known to most, entered the United States... View Obituary & Service Information

The family of Ross Helms created this Life Tributes page to make it easy to share your memories.

David Ross Helms, one of five sons of Howard and Audrey (McMann)...

Send flowers to the Helms family.