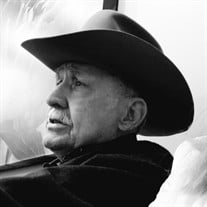 Sherman Arden Colglazier, one of four children of Arden Watkins and Edythe Alura (Wickham) Colglazier, was born September 3, 1940, in Falls City, Nebraska. He grew up in rural Richardson County and attended school in Shubert, Nebraska. On July 29, 1957, Sherman was united in marriage to Edna Mae Rice in Hiawatha, Kansas. They made their home in an upstairs apartment in Shubert. Sherman and Edna would be blessed with three children: Nikki, Jerry, and Marjorie. Sherman traveled the country working as a roughneck and driller in the oil fields for a part of his life. He next became a river boat pilot working on the Missouri River as well as other rivers. Sherman was a longtime member of the Christian Church in Shubert. He loved playing football and basketball. He played in high school and was “Athlete of the Week” in the Lincoln Star on numerous occasions. Sherman later played basketball in rec leagues in the Shubert area. Maybe most of all, Sherman was known as a horseman. He had a true affinity for horses and could be called a “real life cowboy”. After Edna’s passing in March of 2019 Sherman continued to live in their house as his own health issues began to increase. He was admitted to Community Medical Center in Falls City, Nebraska where he passed away on Sunday, October 31, 2021, at the age of 81 years, 1 month, and 28 days. In addition to his wife Edna, he was preceded in death by his sisters Beverly and Mary. Those left to mourn his passing are his children Nikki Colglazier of Auburn, Jerry Colglazier of Nemaha, Marjorie (John) Hoelting of Bonner Springs, KS; grandchildren Melissa Kirkendall, Tyler Kirkendall, Jared Kirkendall, John Hoelting, Bryce Hoelting, and Josie Hoelting; numerous great-grandchildren; sister Doris Quigley of Shawnee, KS; other relatives and friends. A funeral service will be Saturday, November 6, 10:00 a.m. at the Shubert Christian Church in Shubert. Burial will follow in the Prairie Union Cemetery near Shubert. Visitation will be at the funeral home in Auburn Friday 9:00 a.m. to 8:00 p.m., with family greeting friends 6:00 to 8:00.

The family of Sherman Arden Colglazier created this Life Tributes page to make it easy to share your memories.

Sherman Arden Colglazier, one of four children of Arden Watkins...

Send flowers to the Colglazier family.