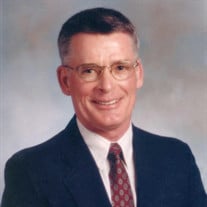 Stanley Lon Allen, age 77 years, 11 months, 26 days, passed away on Monday, January 11, 2021 in Omaha Nebraska. Lon Allen was born January 15, 1943 in Auburn, Nebraska. His parents were William Lester and Dorthamae (Sopher) Allen. Lon grew up on a farm in Nemaha, Nebraska and graduated from Auburn High School in 1961. Lon graduated from Midland Lutheran College with a Bachelor of Science Degree in Education (Physical Education and Biology). He also completed a master’s degree in Physical Education from the University of Nebraska, Lincoln and a master’s degree in Education (School Administration) from the University of Nebraska, Omaha. Lon began his teaching in Valley, Nebraska for 1 ½ years and then taught in the Council Bluffs Community Schools for 34 years. On December 8th, 1961, Lon married his high school sweetheart, Ginny Bohling. They just celebrated their 59th wedding anniversary. Two children, Todd Lyn and Timothy Lon were born to this union. Lon was in the Army National Guard for 26 years and retired with the rank of First Sergeant (E8). Lon’s life was centered on athletics and sports. In high school he was involved in sports year-round. Studying and academics were NOT high on his priority list (his quote) at that time. In college, he played football and baseball (scholarships) and after college played quarterback with the Omaha Mustangs for a short time. Watching the Nebraska Cornhuskers football was high on his list. Long distance running was a passion for many years. Lon competed in 20 marathons on his own or with the Army National Guard Running Team. He competed in Omaha, Lincoln and the Marine Marathon in Washington DC. As well as other marathons throughout the United States and Canada. After retirement he loved to travel, spend time with his grand-girls and spend time with family and friends. Lon is survived by his wife, Ginny; children, Todd Allen of Auburn, Nebraska and Timothy Allen and his wife Amy of Albuquerque, New Mexico; grandchildren, Alila Rae and Zoie Lyn, older brother Robert Allen and wife Lola of Aurora, Colorado, younger sister Karen Jeffries and husband Dennis of Wellington, Missouri; stepbrother Dan Snodgrass and wife Becky of Lebanon, Ohio; cousins, nieces, nephews, aunts and many friends. He was preceded in death by his parents, stepmother Laurene Allen and parents-in-law, Virgil and Betty Bohling. Memorials are suggested to Midland University in Memory of Lon Allen. c/o Jessica Janssen, 900 North Clarkson, Fremont, NE 68025. Celebration of life and burial of ashes will take place on a later date.

The family of Stanley "Lon" Allen created this Life Tributes page to make it easy to share your memories.