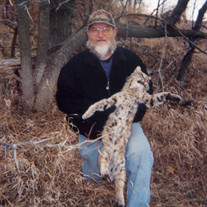 Vernon Keith McMann, one of two sons of Donald “Bud” and Betty June (Shiveley) McMann, was born June 5, 1956, in Onawa, Iowa. The family moved to southeast Nebraska when Vern was just a boy, he attended school at both Auburn and Brownville and graduated from Auburn High School, where he played football and wrestled. Vern then attended school at Milford and obtained his Diesel Mechanic’s degree. After finishing college, Vern returned to Nemaha County and worked for Automotive Diesel, Inc.as a diesel mechanic. After working for Automotive Diesel, Vern then ventured off to Wyoming where he was a mechanic at a Uranium Mine. Vern enjoyed his time in Wyoming, but then returned to Nebraska where he worked for the Department of Roads until his forced retirement due to an injury. Vern was an outdoorsman, he loved hunting, fishing, and trapping. He was a lifetime member of the NRA and the National Trappers Association. Vern was also a member of the Nemaha Volunteer Fire Department and People for Kids. When he was no longer able to stay at home, Vern was moved to the Good Samaritan Society in Auburn. It was there, on Monday, August 23, 2021, that he passed away, having reached the age of 65 years, 2 months, and 18 days. He was preceded in death by his parents, grandparents, niece Rachel Curry, aunts Donnabelle Pierceall, Norma Jean Keller, Dorothy Sierks, Lois Keene, and uncle Red McMann. Those left to remember Vern include his brother Jeff of Peru; niece Alicia McMann of Auburn; aunts Shirley Douglas of Peru, Carol Powers of St. Joseph, Esther Moore of Rock Port, Deloris Shaw of Rock Port; uncles Larry (Donna) McMann of Auburn, Donald “Buck Shot” (Sam) Shiveley of Ashland; special friends Dennis and Sara Stiers, Dana Berger and family; other relatives and friends. A memorial service will be Saturday, August 28, 2:00 p.m. at Hemmingsen Funeral Home in Auburn. Family will greet friends one hour prior to service on Saturday. Private burial of ashes will take place in Walnut Grove Cemetery at Brownville. View Vern's service via Livestream at: https://livestream.com/accounts/13846112/events/9820535 Memorials suggested in lieu of flowers to Nemaha Rescue Squad c/o Mike Hall P.O. Box 54 Nemaha, NE 68414.

Vernon Keith McMann, one of two sons of Donald &#8220;Bud&#8221; and Betty June (Shiveley) McMann, was born June 5, 1956, in Onawa, Iowa. The family moved to southeast Nebraska when Vern was just a boy, he attended school at both Auburn... View Obituary & Service Information

The family of Vernon "Vernie" K. McMann created this Life Tributes page to make it easy to share your memories.

Vernon Keith McMann, one of two sons of Donald “Bud” and Betty...

Send flowers to the McMann family.