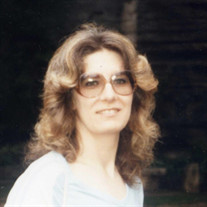 Virginia Faye (Spurgin) Wheeldon was born March 26, 1951 in Falls City, Nebraska to Carl and Mildred (McCleary) Spurgin. She attended school in Dawson, Nebraska and graduated from Dawson-Verdon High School in 1969. On June 28, 1969 Jenny, as she was known to many, was united in marriage to Kenton Wheeldon at the Auburn Christian Church. They made their home in Brownville, Nebraska and would be blessed with two children, Stephanie and Justin. The couple would later divorce but remain good friends. Jenny was active in the Brownville community. She was a member of the Brownville Methodist Church, on the Brownville Historical Society Board, a member of Brownville Fire and Rescue, and was involved in the Brownville Fiddlers’ Contest. Jenny volunteered to help with every Brownville school activity she could. A devoted mother and grandmother, Jenny loved spending time with her children and grandchildren. An interesting side note was the fact that Jenny was a little afraid to drive a car and didn’t receive her driver’s license until she was 22. Aside from her duties as mother and homemaker, Jenny worked part time for the USPS in the Brownville Post Office from 1980 until 2000, when she retired due to her health. She also baked birthday cakes for family and others in the community. In the early 1980’s Jenny was diagnosed with Parkinson’s Disease. As the disease progressed, she eventually became a resident of Belle Terrace in Tecumseh, Nebraska. In mid-March of 2020 Virginia was admitted to Bryan West Medical Center in Lincoln, Nebraska. She passed away there on Friday, March 20, 2020 just 6 days short of her 69th birthday. Her parents and sister and brother-in-law Judy and Bill Lindsey preceded her in death. Those left to cherish memories of Jenny include her children and their spouses Stephanie and Brad Harms of Auburn, Justin and Malina Wheeldon of Brownville; grandchildren Tyler Harms and fiancée Shelby Stevens, Hunter Harms, Austin Wheeldon, Daryl Wheeldon, Gyliane Henning, Teagen Green, Emoree Green, and Fenix Green; great-grandbaby Adrian Lee Harms; friend and former husband Kenton Wheeldon of Brownville; brother and sister-in-law Jessie and Ann Spurgin of Slater, MO; sisters and brother-in-law Ruth Grimm of Lincoln, Cathy and Gene Paulsen of Gretna; other relatives and friends. Memorial service will be held Saturday, July 11, 2020, 10:30 a.m., at Hemmingsen Funeral Home in Auburn. Burial of ashes will follow in Walnut Grove Cemetery at Brownville. Watch service via Livestream at: https://livestream.com/accounts/13846112/events/9211613 Memorials are suggested to Parkinson’s Foundation.

The family of Virginia "Jenny" Wheeldon created this Life Tributes page to make it easy to share your memories.

Send flowers to the Wheeldon family.