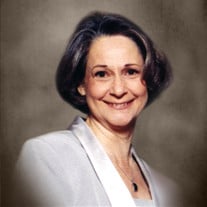 Wendy Jo (Pelisek) Engles, one of two daughters of Joseph J. and Alice (Thomson) Pelisek, was born March 20, 1950, in Cedar Rapids, Iowa. She attended schools in Monmouth, Illinois and Peru, Nebraska before graduating from Auburn High School in 1968. Wendy went on to attend the University of Nebraska in Lincoln and in three years earned a degree with a double major in Elementary Education and Special Education, graduating with distinction. On August 6, 1971, Wendy was united in marriage to Robert Engles at the Newman Center on the University of Nebraska Campus in Lincoln. They lived in Lincoln for a time, as well as Nebraska City and Falls City, but made their home in Auburn, Nebraska. They were blessed with two daughters, Kara and Kristine. As an educator, Wendy specialized in Remedial Reading and Remedial Math. She taught in the Nebraska City and Dawson-Verdon public school systems before joining the staff at Auburn Public Schools. Wendy and her good friend Dianne Peterson were the first two to be certified in the State of Nebraska to diagnose and screen for dyslexia in students. Wendy was a member of St. Joseph Catholic Church in Auburn, and taught many children in the CCD program. She enjoyed volunteering her time at St. Francis Gift and Thrift after it’s opening in Auburn. Wendy was an avid reader, and belonged to a book club and the Auburn Memorial Library. She had a knack for decorating her home tastefully, and enlisted her son-in-law’s help in landscaping her yard. Shopping trips with family and friends were a source of joy to her as well. Although her retirement years were spent dealing with health issues, Wendy made the most of her time at home. She loved spending time with her family, and her grandchildren were the light of her life. On Saturday, April 30, 2016, Wendy passed away peacefully but unexpectedly at her home in Auburn at the age of 66 years, 1 month, and 10 days. Her mother Alice and parents-in-law Frank and Marge Engles preceded her in death. Wendy is survived by her husband Bob of Auburn; daughters Kara Engles of Auburn, Kristine and husband Clint Swanson of Auburn; grandchildren Olivia, Ella, Blake, and Anna; father Joe Pelisek of Lincoln; sister Cathy and husband Bob Milstead of Charleston, SC; sister-in-law Ann Engles of Chicago, IL; brothers- and sisters-in-law Bert and Ginny Engles of Omaha, Pat and Jeanne Engles of Auburn; many other relatives and many friends. Memorials are suggested to St. Francis Gift and Thrift, Catholic Social Services, or Peru State College Foundation. Watch Wendy's Vigil with Rosary via Livestream at: https://livestream.com/accounts/13846112/events/5322902

The family of Wendy Engles created this Life Tributes page to make it easy to share your memories.

Send flowers to the Engles family.